Nearly 20 years ago, 3M invented the 3M™ PPS™ paint preparation system – the world’s first disposable paint cup system, and a revolution in painting productivity and quality that was quickly adopted by painters all over the world. Now, after thousands of hours watching and working with hundreds of painters, 3M introduces the 3M™ PPS™ Series 2.0 Spray Cup System.

PPS™ Series 2.0 has been redesigned 6 ways to make painting easier, cleaner, and better. A 4-point connection adds stability from the cup to the gun. A new lid-locking system makes for easier cup assembly, and a domed lid helps eliminate sputter. A new hard cup is included in every PPS™ Series 2.0 Lid & Liner kit, and each cup features a clear access window for easier lid removal. A wide, flat sealing plug acts as a base for secure temporary sealing and protection of paint in the cup. It all adds up to the next evolution of the 3M™ PPS™ painting revolution. Don’t settle for anything less. 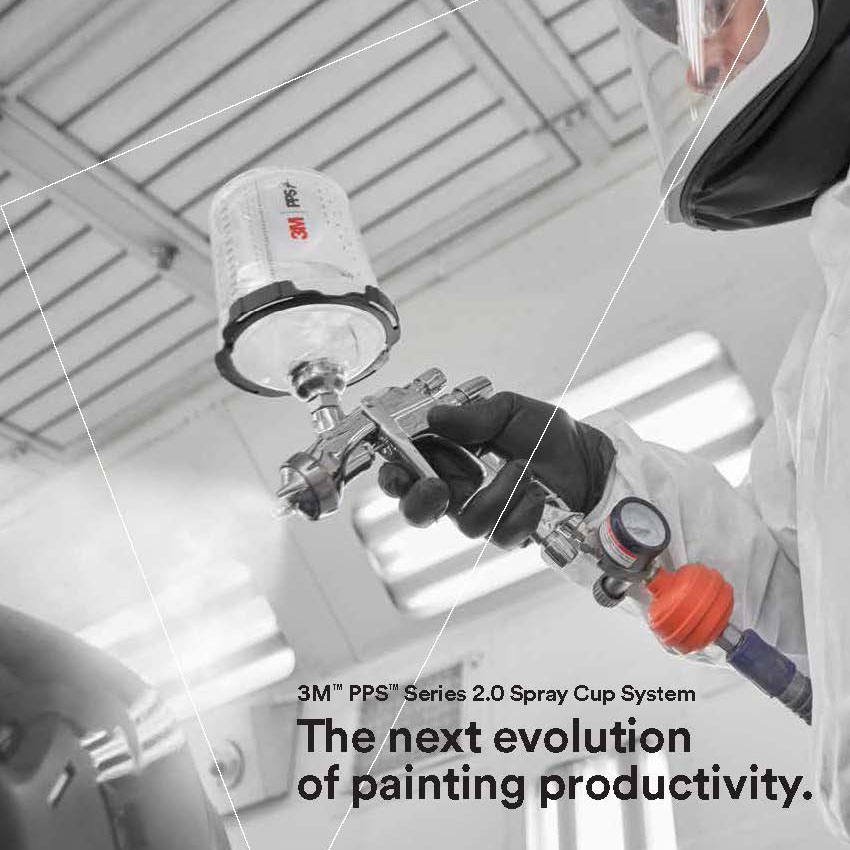 Next Evolution of Painting Productivity 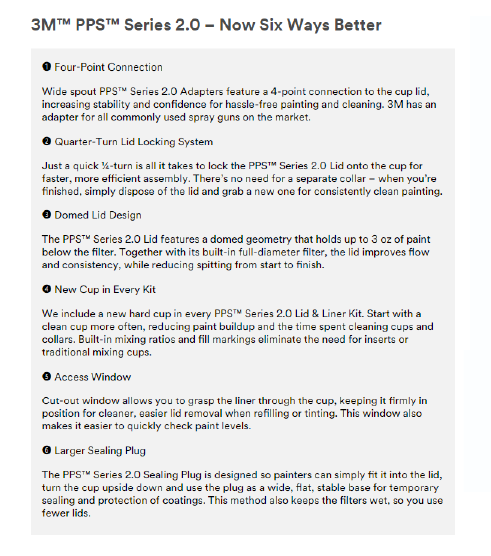 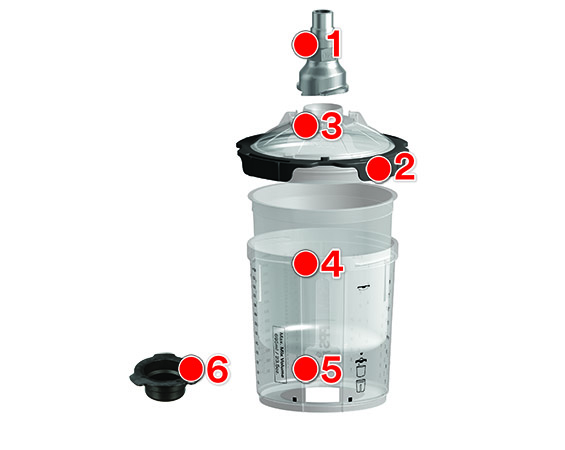