The customer presented with multiple issues caused by using outdated impact guns in their production process.  1. They were using multiple impact guns at a station with no visibility for tracking torque.  2. The impacts were hard on the operators hands as well as extremely loud.  3. They were having to change tools on the airline constantly.

After on an onsite review of their unique production process, examining the enhanced technology available in newer impact guns, the best solution was to implement Panasonic Transducerized AccuPulse Tools.

The operators are now able to pick up a socket which will automatically change to the desired torque for the correct valve.  The tool is fast, accurate and much more ergonomic than the pneumatic impacts they were using.  They plan to collect data in the future and with the controllers talking to their MES system, they will now be able to do that. Team Air Power was able to create a happy customer with another specialized Manufacturing Solution. 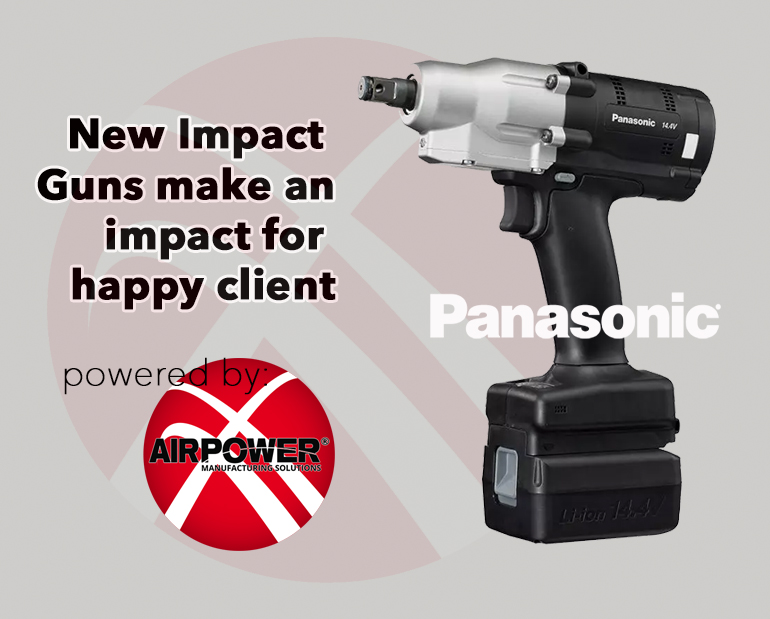 A local axle manufacturer has had ongoing issues with accurate torqueing of axle shaft bolts. The bolts are inaccurately torqued with pneumatic pulse tools or missed altogether by the operators as they are in 8 lug and 12 lug patterns and require many accurate rundowns to produce a quality part.

Apex Tool Group intelligent 4 spindle multi-spindles with torque management arms eliminate both inaccurate torques along with potential mishits of fasteners. The 4 spindles will be adjustable to hit both patterns, highly accurate within a few percent of the targeted torque, and have rotational transducers that will tell us which fasteners have been hit and eliminate missed fasteners and re-hits by the operators.

This solution will decrease the amount of manual operator input of fastener tightening thus speeding up the manufacturing process, as well as, eliminate re-hits and missed fasteners by the operators. This system will collect data and communicate with their existing MES system to confirm the accurate torque of each set of axle bolts, providing data points and a birth certificate of a successful assembly. This will have a profound effect on both the quality of the parts produced as well as the speed at which they are produced. One ergonomic bonus – the system will remove the operator from handling the existing large pneumatic pulse tools manually creating for a safer and more sustainable work environment. 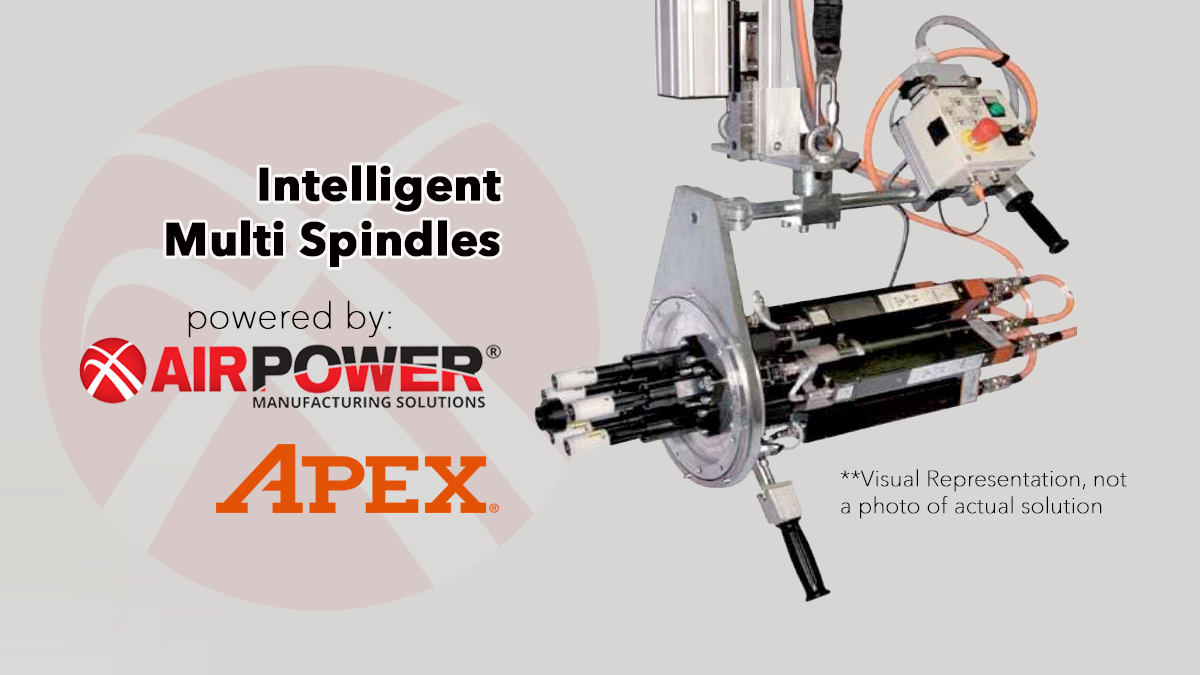 A counterweight was attached to a turntable before the Hydraulic Motor which “keys” the turntable to the frame, located underneath.  The counterweight caused the turntable to rotate until it was so far off balance that the Turntable with Counterweight fell off the Frame, coming to a rest about 2’ from a Team Member!  This posed a significant safety hazard, as well as, assembly frustration to the onsite engineering team.

Air Power utilized an Ingersoll Rand QX Power Tool and Sturtevant Richmont Digital Wrench to positively confirm that all of the tightening’s have been completed before the Counterweight can be installed.

Air Power’s Engineering Team, Michael John and Jesse Bryant, designed a “Lifting Sling Lock” device that will not release the lifting sling for the counterweight until the Tightening’s are complete – a Poke Yoke control to insure safety.  This “Lifting Sling Lock” is utilized in conjunction with the I/O output of the Ingersoll Rand QX and the STR Digital Wrench, thus eliminating the safety hazard of a dropped counterweight.  The Lifting Sling Lock will only unlock once all tightening have been positively confirmed, removing a safety hazard and improving overall production quality. 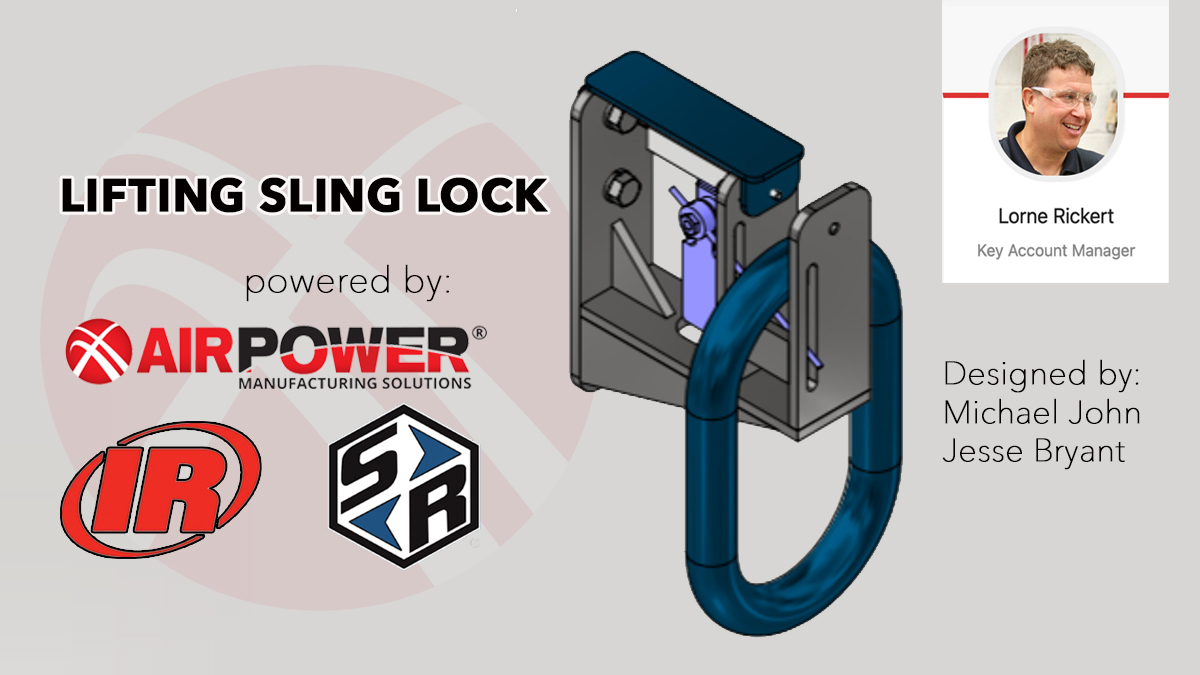